The Federation is focused on supporting legislation that will help animals and support animal welfare organizations in New York State.  There are many pieces of legislation introduced in the State Legislature every year and while the Federation might not take a position on every bill, we do focus on those we feel will have the most impact. The Fed has been very successful in its efforts. Since 2017, we’ve secured the $5 million Companion Animal Capital Fund for capital projects at shelters across New York in each state budget. We passed bills banning the leasing of pet in NYS, enabling local municipalities to shorten the length of stay for unidentified cats that come into shelters, and broadening the residency requirements for peace officers serving the Hudson Valley Humane Society and the Mohawk Hudson Humane Society. 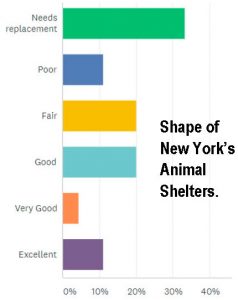 The Federation’s 2022 Shelter Capital Needs Survey shows there are 34 shelters with capital needs of $217,155,634. Four of these shelters are projects of the Animal Care Centers of New York City.

The New York State Animal Protection Federation is seeking to increase the fund to $10 million moving forward. We’re asking Governor Hochul to add $5 million into the Executive Budget and we’ll pursue an equal amount of funding from the Legislature—which has historically provided the program’s funding. 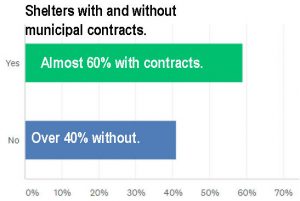 The Companion Animal Capital Fund is the first in the nation funding stream for capital projects at New York’s network of animal shelters.

This video was produced for the effort to get the Fund back in the budget last year after funding for just about everything was cut in the FY20 budget because of the pandemic. Last year, this year–the message is the same, the Companion Animal Capital Fund is vital for the health and well being of our homeless animals.

SUCCESS: E-Scribing Mandate for Veterinarians
The proposal to compel veterinarians to e-prescribe, per the Governor’s budget proposal, would have significant negative impacts on the state’s network of animal shelters. Click here to read our memo. The Fed, working with the Veterinary Medical Society of New York State, were successful in removing this mandate from the budget.

SUCCESS: Governor Hochul Signs Bill to Ban Insurance Discrimination in Pet Ownership (Gianaris S.4254/Glick A.4075): Presently, insurance companies routinely deny homeowners and renters insurances to people who own pit bulls. This insurance discrimination has to stop—it just reinforces the negative stereotypes about pit bulls and keeps more of them in shelters rather than in loving homes. Click here for our memo.

SUCCESS: Governor Hochul Signs Bill to Mandate Veterinary Reporting of Suspected Cruelty: (Gianaris S.5023/Rosenthal A. 5823) One way to continue to fight animal cruelty is to require veterinarians to report suspected cruelty to police or authorized SPCA humane officers. Click here for our memo.